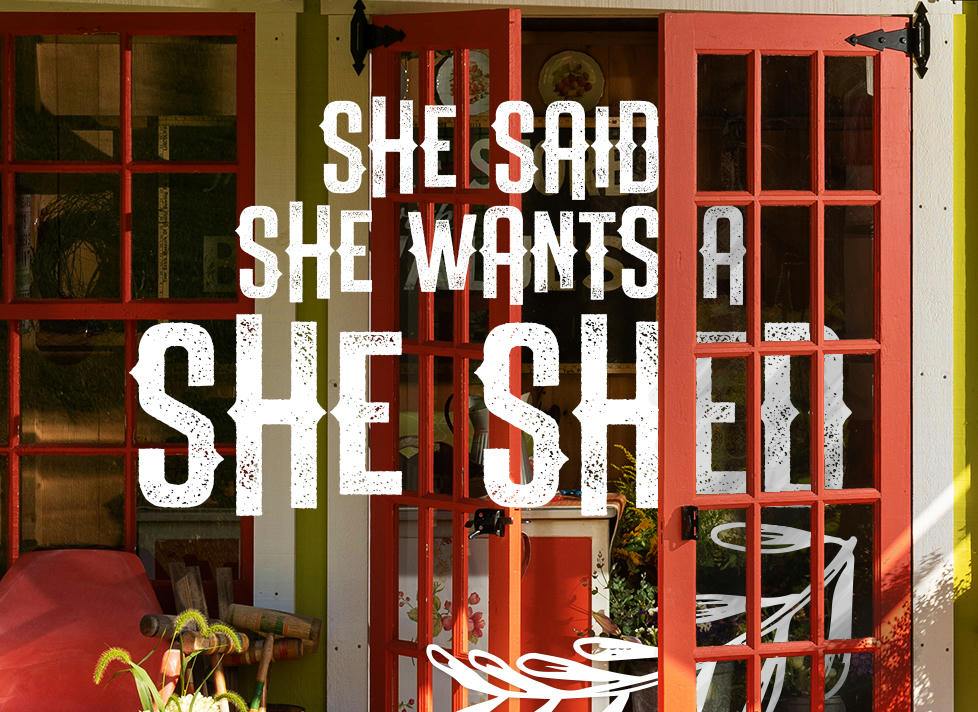 The answer to the man cave, She Sheds allow women to have their own space. “Take your lawnmower out of there,” they’re telling their men. “I want that space for my own.” These new living areas are like your first sight of a mini-golden doodle. Once you’ve seen one, you’ve gotta have one. “She Sheds are here to stay,” says Whitney, who converted her own out of a rusty cattle trailer. Ridin’ Solo is this Junk Queen’s sparkling white mobile shed where she does her writing. It travels, too, so she can pull it up beside a river or forest and sleep there with her grandpuppy, Brown, as she travels coast-to-coast. She says She Sheds (try saying that twice) “allow women to escape from the chaos of their home and work and have some quiet time.”

The forms and uses of these pretty minis vary. Whitney repurposed a gypsy wagon for one artist into a napping spot next to her workshop. In Texas, she transformed a trailer shaped like a canned ham into a bright silver She Shed, christened “The Little Pistol,” to match its owner’s spunk.

Whitney says upcycling discarded items makes each JunkMarket Style She Shed different and more suited to its owner. “If you and I walk into a flea market, I’d see you gravitate to the same things over and over, which helps me understand your unique style.” The same goes for foraging through various potential treasures you’ve adopted over the years. “It’s different than going to Pottery Barn,” she explains, “where everything is pre-styled into rooms.” 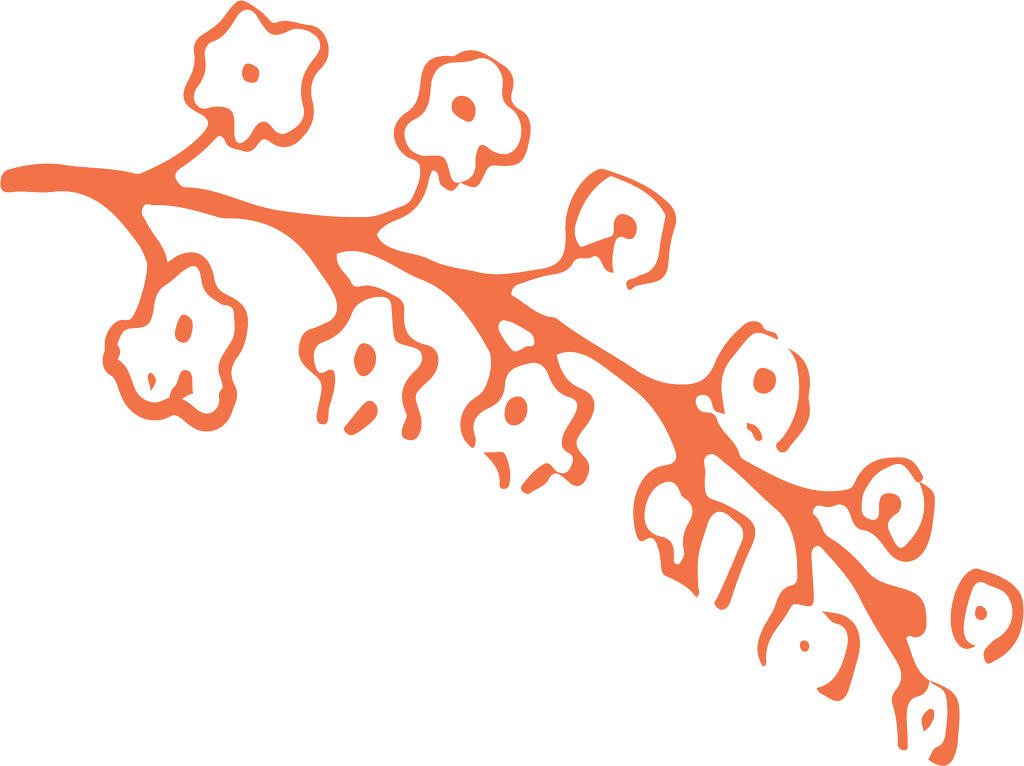 Bupp had originally invited Whitney to speak at the Pennsylvania Flower Show in York. When Whitney told Bupp the title of her next book, JunkMarket Style: She Sheds, Bupp burst out laughing. Bupp’s husband Steve, a mason-carpenter farmer, had been building custom sheds for 20 years. Eleven of them, enhanced with Carolyn’s décor, had won awards at the show. Those sheds had been sold, so she felt it was time for her own.

Previously they’d narrowed down the exterior color choices and let Facebook friends make the final pick. Then Whitney helped Bupp define how she’d use the shed and develop the feel she was after. Then came the foray…and the finds.

Bupp would hold up an old record player horn and say, “I always wanted to do something with this.” Whitney turned it into a light. Bupp had stashed away her parents’ tangerine mid-century chairs. Now they flank the front of the shed, near a vintage potato chip tin sporting Bupp’s maiden name. “I finally did something with these pieces I’d loved and kept,” muses Bupp. 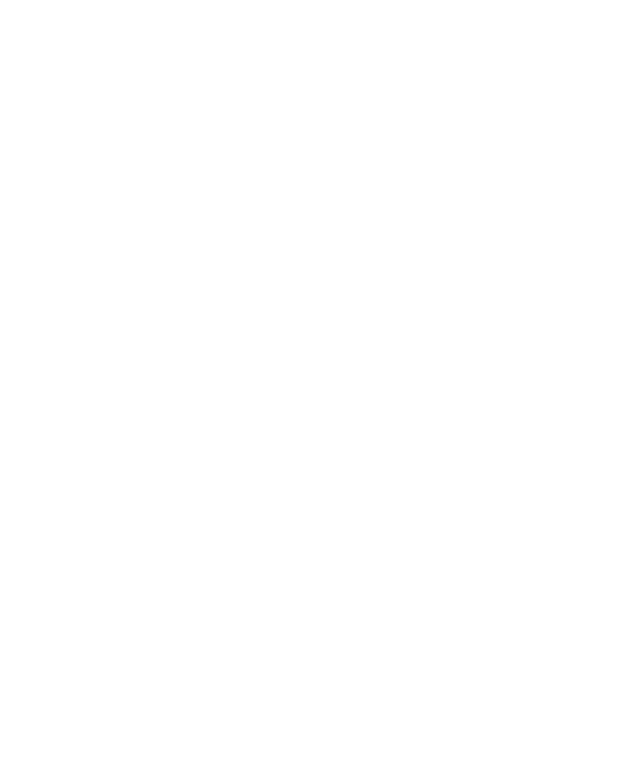 Adorned now like a Cape May jewel, Bupp’s Field Shed perches above her wildflower garden. French doors open into an adorable tiny getaway. It’s famous way beyond Pennsylvania now, since it was chosen for the cover of Whitney’s new book. The two repurposed or painted just about everything in it. “There are touches of York County throughout,” says Bupp. She points to a large sign from an old downtown York shop that Whitney edged with advertising rulers from the former Lincoln-Way Bowling Alley. They incorporated used farm implements and previous floral displays. Bupp turned vintage garden fencing on its side to grow gourds, and Whitney carted glass art balls from the flower workshop to hang inside the shed.

Often Whitney has to edit down what women want in their sheds. “I’m a less-is-more type of person,” she says. “I like negative space.” She tells clients, “Let’s throw the spaghetti on the walls and see what sticks.” Then they edit. Bupp joked, “We had a lot of spaghetti in mine to start with!” A Place to Daydream

Bupp says now, “It’s really a daydream shed for me. It’s clutter-free, and there’s nothing that’s not pretty. It doesn’t scream ‘It’s time to go to work.’ I’m finding it’s a place for me to just hang out.” Bupp does arrange flowers in there. But that’s not its purpose. Her grandkids come and play croquet nearby, and she and Steve “take 10” for some iced tea out back, where two repainted Adirondack chairs sit on a tiny flagstone patio where the sound of the creek is just about all you hear. Mostly, Bupp’s there by herself, letting her mind roam, enjoying time standing still.

Such a quiet break is a boon at Cross Creek Farm, where Carolyn and Steve keep busy from before breakfast till past suppertime. Besides their normal work and chores, they have an ongoing project—coming up with new shed ideas for the next flower show. Past displays included “Date Night,” “Artists’ Palette,” and “Grandma’s Garden,” with “Daisy Dukes” jean-shorts hanging out on the wash line. For “Wedding Wonderland,” Carolyn repurposed old electric insulators as votive cups and solar garden light sticks as candles in a chandelier, and hung her own wedding dress inside the shed.

Let loose on Bupp’s farm, Whitney couldn’t keep her hands off other structures—not even the old outhouse, which she dolled up. She salvaged treasures from every building, asking about the history of each piece.

Whether a She Shed is an actual shed or not, the style can be sleek, boho, steam punk, or even Renaissance. It can have a built-in craft area, wine bar, diner booth, tribal drums, whatever. You could read or sleep or knit or work. If you’ve claimed that space, the flavor of your She Shed is totally up to you.