David and Elizabeth met through the United States Air Force, where a great friendship blossomedinto a devoted, loving relationship during their deployment in the Middle East. Once out of the Air Force, David proposed to Elizabeth at the same French restaurant where they had their first “real date” four yearsprior. On May 17, 2019, David and Elizabeth gracefully tied the knot. During their intimate ceremony, the bridesmaids walked down to “Tumbleweed” by Puscifer and the bride walked down to “Arrival in Nara” by Alt-J. Elizabeth expresses that “music was extremely important to our day.”

The bride found her dresses at Renaissance Bridal and Prom. Surprisingly, Elizabeth says the style of her wedding dress was not what she originally imagined herself choosing. Initially she envisioned a simple, tightly fitted dress with a more vintage look. However, Elizabeth tried on this particular dress and it “had everything,” with its incorporation of stunning lace and with buttons that trickle down the entire gown.

After the ceremony, the bride changed into a new dress for her reception. “My second dress was what I called my party dress,” it was just simple and silk Elizabeth explains, adding humorously that she “needed to change [into it] in order to twerk.” This party dress paired perfectly with her emerald green leather jacket that read “Til Death” in cursive on the back, which was created by Emily and Virginia from Cork and Chambers.

David and Elizabeth’s wedding had a unique gin and tonic twist. Even their delectable cake from Flouretta Sweet complemented its gin and tonic theme, with juniper berries and geode icing. Custom illustrations were featured throughout the venue, along with color tones of blue, copper, gemstone hues, and emerald to add a dark and moody flair to the overall theme. The newlyweds celebrated their marriage in Italy for their romantic, unforgettable honeymoon. 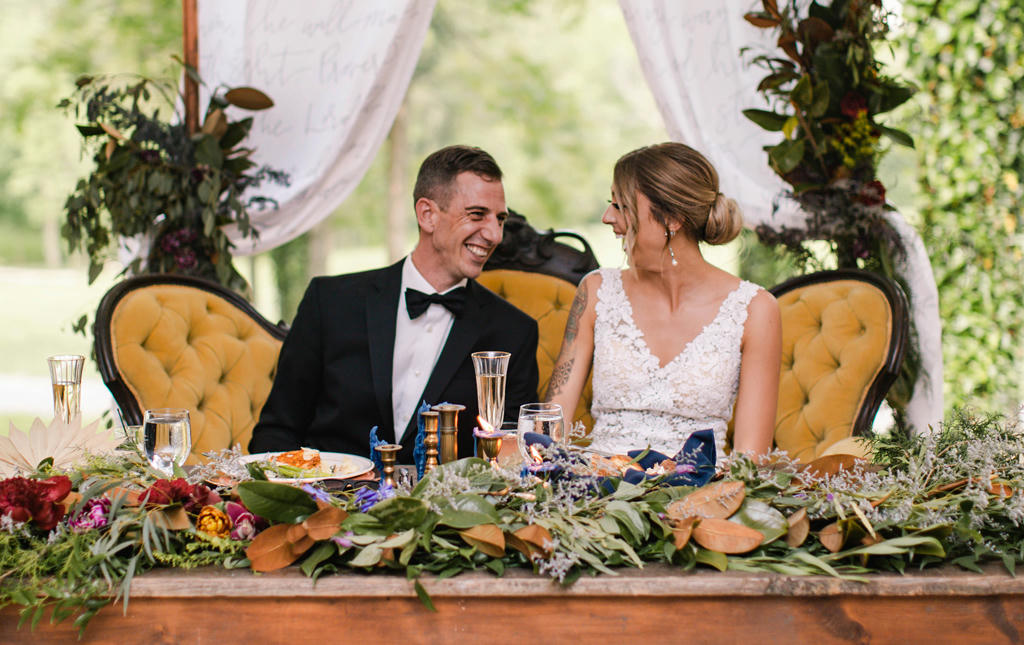 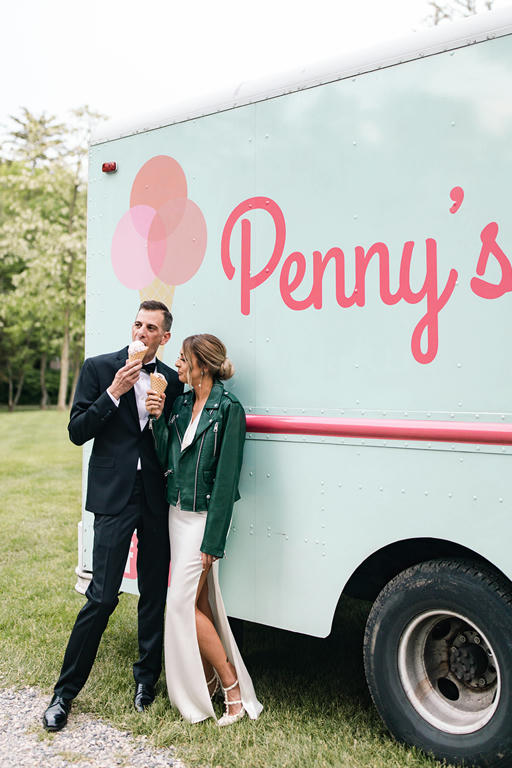 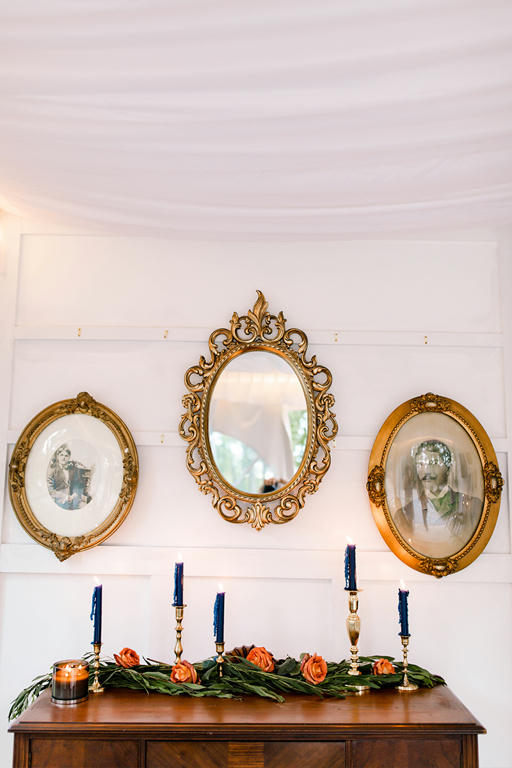